Perfume is the paradise of vanished flowers. They find in there their Eternity. Upon opening a bottle starts for me a pleasing journey towards my memories.(…)if I close my eyes the smile of a friend or the sweet face of a young lady met on the way around could arise from my memory. Yes, perfumes are really the most delicate beholders of our past life”. (Pinaud, memoirs 1860).

Edouard Pinaud was born in 1810, in a prosperous city called Abbeville, in the North of France. He came into the world within a family of craft workers and traders.

He was fascinated by those silhouettes who left behind a slight perfumed trail.He instantaneously felt in love with perfumes and decided very young to make his profession of it. At 13 years old, he left his family to become apprentice to master all the techniques of perfumery. Passion was born inside him, and it would change his destiny. 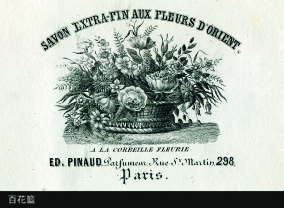 On his arrival in Paris, Edouard Pinaud became the owner of “A la Corbeille Fleurie” (to the Flowered Basket”), a perfume shop situated at 230 rue Saint Martin. He was just 20 years old and knew how to do one thing : create perfumes.

Intelligence would replace experience and his main asset was his remarkable genious for creation. Extraordinary hard worker and indefatigable, “the flowers he was distilling into the stills were for him love words that he linked one to another to give birth to a perfume brimming with poetry and tender feelings.”

At that time he would elaborate his first chef d’oeuvre : a Violet of Parma Bouquet both so light and so fine that old masters themselves were dumstruck by such a skill.

Soon joined up with the best workers of the capital, to the Flowered Basket, one could find from then on a giddy diversity of Eau de Cologne, enthralling flowered bouquets and toilet waters with various fragrances. 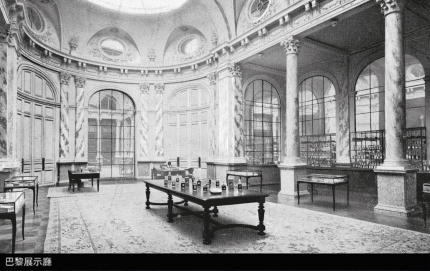 Edouard Pinaud appeared officially in 1841 as “Superior Perfumeries Maker” in the Commercial Court’s registers of the city of Paris. He soon practised sale in bulk both in France and abroad and had warehouses in Brussels which funded his sales to Great Britain.

As he bore in mind the example of his illustrious predecessor Jean-Louis Fargeon, the appointed supplier of the Queen Marie-Antoinette, “Perfumer of the King and the Court” during the Revolution, then appointed supplier of Napoleon I; Edouard Pinaud did not content himself anymore with replication or improvement of famous compositions of that time.

Because it was now from all over the world that the orders came, in 1850 he formed an association with his friend Emile Meyer to establish the first cosmetic factory at La Villette in the Parisian suburbs. At the time they opened two new warehouses in London and Lyon. They also decided to launch into retail sales and opened as well four new shops in Paris, it was an immediate success.

An 1856 magazine praised the Pinaud style in those laudatory terms : “the brand is exclusively exceptional because of the excellence and superiority of its products”.

On the 18th of August 1855, the Queen Victoria came to Paris for the occasion of the Universal Exhibition. Edouard Pinaud had the confessed ambition to seize the majestic monarch’s attention and had the inspired idea to commemorate her coming by launching a perfume with her name “Bouquet de la Reine Victoria”. The Queen had been instantly charmed by the talent and enthousiasm of the young creator. Edouard Pinaud became the appointed supplier of Napoleon III, Emperor of the French country and the Empress Eugénie, and finallly of her Majesty the Queen of Great Britain, Victoria. 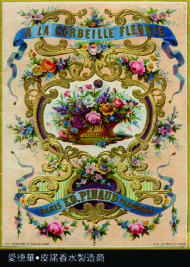 After having won all international prizes, and received all honours, Edouard Pinaud began to write his memoirs “in order to pass on his expertise and his experience for the benefit of perfumery that he loved so much”.

I had only one requirement in my life, reach the sublime magnicence (…) Really bear this in mind and seek only in one direction, the one of Absolute Perfection”

This hectic life, fully devoted to work, finally brought the great parfumer to the state of exhaustion.

On the 2nd of October 1868, he will die surrounded by his relatives and his most faithful long-standing friend Emile Meyer. 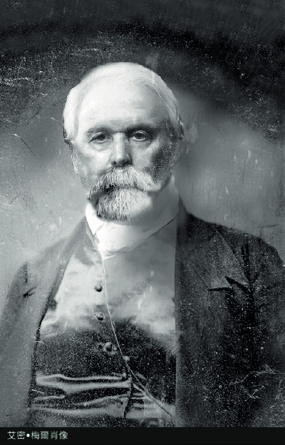 Therefore it was Emile Meyer, his true friend and collaborator of an awesome smartness, who took over the management of the Pinaud perfumery. He knew how to ally the wholehearted support of all to lead even further the destiny of the Pinaud House.

“Alone; we are nothing. But united; we can against all the odds conquer the world”. To attract the best workers, he introduced revolutionary methods for that time: canteens, crèche, superannuation, all is advantage, And this policy worked since the company obtained under his direction the highest awards at the World Fair of Vienna, Chile in 1875 and Paris in 1878.

He would then leave the old factory of La Villette to open a new one in Pantin. The orders went through the roof and the production units worked at greater capacity. The Pinaud company kept on expanding abroad and tripled its turnover within 5 years. 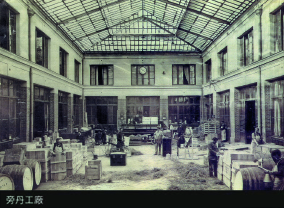 The Pinaud Company, too limited in its old premises, moved its headquarter to the 37, Boulevard de Strasbourg, where the greatest Parisian perfumers would join him. In 1883 Meyer formed an association with his ebullient brother in law, Victor Klotz.

At the end of the 19th century, at the Universal Exhibition of Paris in 1889, the Pinaud House won many awards and especially for its Ixora based composition under the management of Victor Klotz.

Untiring traveller, he was always on the move; he went throughout the length and breadth of the world in search of the best distributors to represent his products. With the help of many correspondants and trusted men, he would send presents composed of precious toiletries sets as well as perfumes with the effigy of the most influential dignitaries of the country he’d like to conquer. 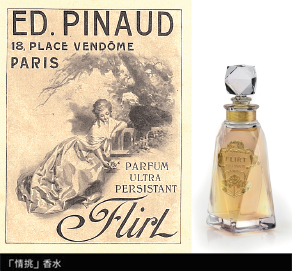 In 1891, Pinaud would launch one of its greatest historical success, FLIRT, symbol of luxury and refinement of the Belle Epoque. Daring in its fragrances as for its name choice, it was also particularly dared for the time. Result, the perfume caused sensation: the English word spread in French daily language, and it has been almost immediatly copied by others perfumers.

In 1897, the House of Pinaud opened his shop and an authentic palace of perfumes at the 18 place Vendôme, by then the epicenter of french fine jewellery and luxury.

1900：SUPPLIER OF IMPERIAL COURT OF JAPAN 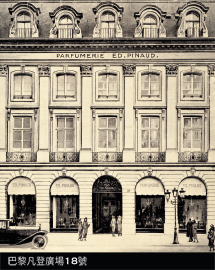 n 1900, truthful to the tradition, the Pinaud Company composed its famous Bouquet of the Exhibition for the World Fair of Paris. To distinguish himself, Klotz decided to organise the Museum of Perfumery and make the height of the exhibition of it. The Pinaud Company – presented beyond the competition – was consecrated by the oldest Master-Perfumer of Paris : Piver member of the jury, with Roger & Gallet and Guerlain’s presence.

Victor Klotz, like Edouard Pinaud and Emile Meyer were before him, was fascinatined by the Middle Empire. This aesthete vision, filled with beauty and mysteries, was shown through many Asian-inspired bottles. The messenger of the Emperor of China would even write on the Pinaud Company Gold Book some thanks in Chinese characters.

Following the Tokyo exhibition in 1904, which lived up to its promises at all levels, the Edouard Pinaud Company had been appointed ” supplier of the imperial court of Japan”.

In 1908 Henry and George Klotz took over the succession of their father. Like authentic pioneers of the globalisation, they would manage in less than ten years to establish an efficient network of commercial agents who would represent Edouard Pinaud brand name over the five continents. Then they would set up in exceptional places like on the 5th Avenue in New York in 1920, and established the headquarter at the 120, Avenue des Champs Elysées and a showroom at the 168, Faubourg Saint Honoré.

Unfortunatly after the 1929 crash, bankruptcy arrived. Hazardous investments on stock markets were made by the manager of their immense fortune, and all the goods and properties of the Klotz family had been swallowed up in a huge financial cataclysm. 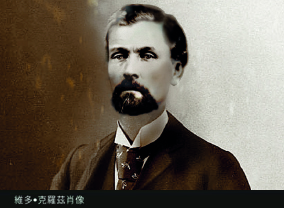 A genius man is then was called to take over the business, Roger Goldet. He was a talented man of the world and eminently competent. He instilled a new pitch to the house, and in 1936 he opened a new shop at the 83, Faubourg Saint Honoré… He relaunched creation, exhibitions, so that Pinaud could be found again in the fashion magazines. He launched a complete range of make-up and numerous perfumes during the 1930 to 1979 period.

In 1937, he created the famous mascara used today by women all over the world, the 612 Mascara, and revolutionized forever the world of make-up. That same year he launched the famous perfume Scarlett. 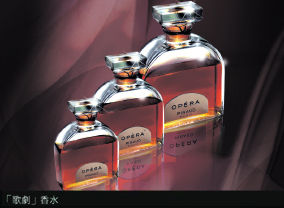 During the war, production had not been interrupted and in 1943 came out the mythical perfume Opéra. Roger Goldet sparked off many innovations. While maintening the perfumes lines, the Pinaud Company started the manufacture of complete range of quality perfumed products : care lotion and beauty cream for the skin, cosmetics series. He would also introduced demonstrators inside department stores in order to improve the distribution of his products among the clientele. 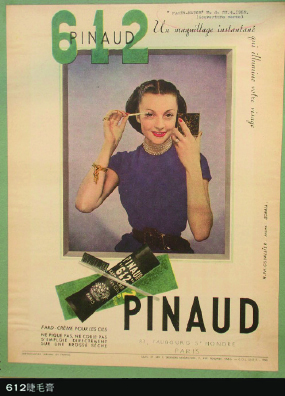 Roget Goldet innovated again by launching as soon as this time a perfumed care range for children called Les Chérubins, the company appeared to be precusor.

Like Edouard Pinaud and Victor Klotz, Roger Goldet claimed to be above all an upholder of the French perfumery. He was benefactor member of the International Museum of Grasse where are exhibited some of the most beautiful bottles of the company. 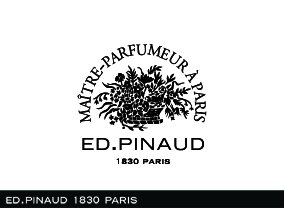 n 1979, his son Olivier Goldet took over his father’s business and managed it towards the dawn of the year 2000. With him, the brand has adapted to the contemporary world, the creations adopted a resolutely modern design.

The story continues for the Pinaud House in tribute to his founder who looked his entire life for the Absolute Perfection.

The products come to life through the DNA of its historical archives kept preciously in its Parisian museum on Avenue Montaigne in Paris.

Perfumes, home fragrances, cosmetics, jewellery and more lately watches collections are all a wink at the brand’s past and at the creative genious of its creator and successors. It is with the same required level that the house of Ed.Pinaud offers since 1830 a whole Philosophy of Beauty and an authentic art of living.